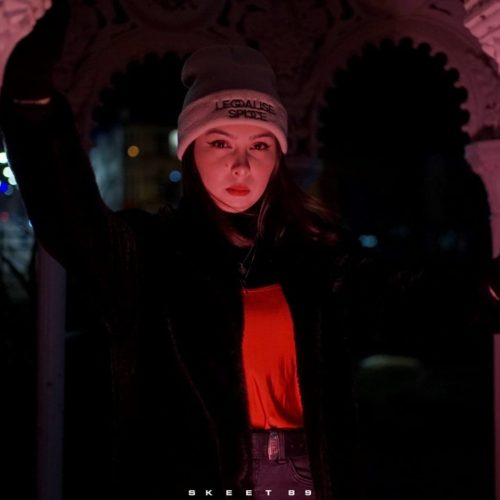 Don Chi is a 26-year-old Filipina-Irish Rap artist hailing from Belfast. She was introduced to Irish Hip Hop by Rosco Sauce in July 2019. She attended local open mic competitions and cyphers, and made cameo performances for events like ELIXIR, 5th Element and Breaking Down Borders.
With great guidance from her peers, she found her sound with Boom Bap, Trap, RnB, Afrobeat productions and won her first-ever debut set at open mic for Dirty Dike which led her to make her official debut in February 2020.

In August 2020, she joined the label “GACK” with a collective of some of the best underground artists from the north of Ireland. Working with local artists and producers like Jack Bashful, her “Vortex” EP was born with accompanying music videos by Jay Suttin and Skeet 89. She followed this with features from the south Hazey Haze and Krome with the track “Taxi Driver” and a few more features and solo singles. Her latest release is single “Mango Juice”.

All Sessions by Don Chi