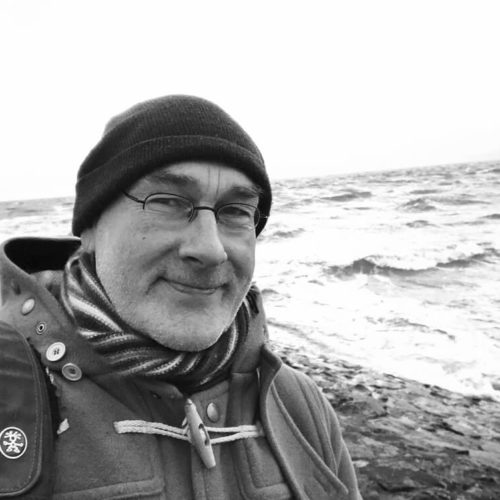 Gerry Cambridge lives in Ayrshire, where he founded the transatlantic magazine The Dark Horse, Scotland’s leading poetry journal, in 1995. His sixth full collection of poems is The Light Acknowledgers (Happenstance Press, 2019) and he is also an essayist, naturalist, print designer and typographer. He lived in an Ayrshire caravan for twenty years. A former Brownsbank and Royal Literary Fund Fellow, in his early twenties he was (as far as he knows) one of the youngest-ever regular freelancers, specialising in nature articles for the UK Reader’s Digest, which in the 1980s had a monthly circulation of 1.5 million copies.

All Sessions by Gerry Cambridge