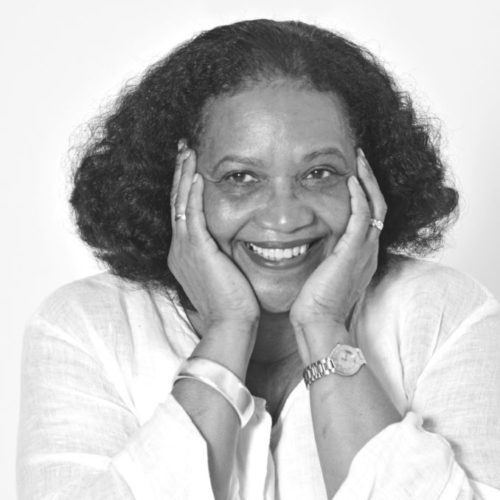 Caribbean poet Lorna Goodison was born in Kingston, Jamaica. A painter before she turned her focus to poetry, Goodison was educated at the Jamaica School of Art and the School of the Art Students League in New York. She was appointed poet laureate of Jamaica in 2017. In 2018, she received a Windham–Campbell Literature Prize, and in 2019, she was awarded the Queen’s Gold Medal for Poetry. Her numerous poetry collections include Collected Poems (2017), Supplying Salt and Light (2013), Goldengrove: New and Selected Poems (2006), Controlling the Silver (2005), Traveling Mercies (2001), Heartease (1988), and Tamarind Season (1980). She is also the author of the short story collections By Love Possessed (2011), Fool-fool Rose is Leaving Labour-in-Vain Savannah (2005), and Baby Mother and the King of Swords (1990), as well as the memoir From Harvey River: A Memoir of My Mother and Her People (2007), which won the BC (British Columbia) National Award for Canadian Non-Fiction and was a finalist for both the Trillium Book Award and the Charles Taylor Prize for Literary Non-Fiction. A member of the Jamaican National Commission to UNESCO, Goodison was awarded Jamaica’s Musgrave Gold Medal in 1999. She also received the Commonwealth Poetry Prize for the Americas for her second book of poetry, I am Becoming My Mother (1986). Professor of English and of Afroamerican and African Studies at the University of Michigan, Goodison divides her time between Ann Arbor, Toronto, and the north coast of Jamaica.

All Sessions by Lorna Goodison