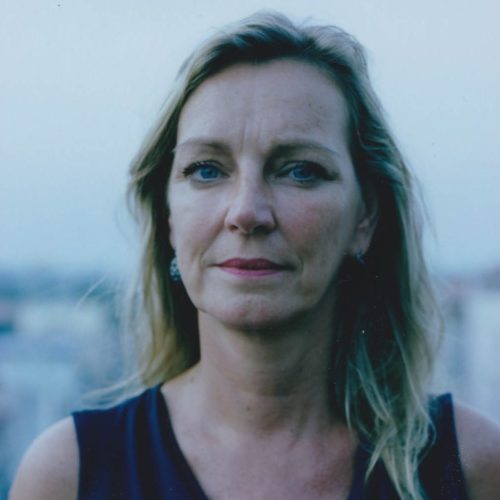 Corinne van Egeraat (1966) is a Dutch independent filmmaker and producer. She is the owner of Amsterdam based production company ZINDOC, specialising in creative documentary projects. Since 2010, she’s worked together with her husband, filmmaker Petr Lom. They have made three feature length documentaire together: ‘ANA ANA’ (2014), ‘Burma Storybook’ (2017) and ‘Angels on Diamond Street’ (2019). Corinne likes to create crossover projects with her documentary work: for ‘Burma Storybook’, she set up collaborations with museums and festivals like Poetry International in Rotterdam. She organised impact screenings showing the film for free throughout Myanmar together with poets from the film. Petr and Corinne published a poetry book together with Burmese poets from the film, with photography by Dutch photographer Dana Lixenberg. ZINDOC also produces short films, the latest being ‘Sad Film’ by Myanmar filmmaker ‘Vasili’ (pseudonym), that premiered at the Venice Film Festival of 2021. Currently ZINDOC has three new feature length films in production: the documentaries ‘We are the River’ in New Zealand, ‘The Coriolis Effect’ in Cape Verde, both directed by Petr Lom, and hybrid fiction/doc ‘Myanmar: State of Emergency’, by the anonymous Myanmar Film Collective. Other current productions are short film ‘Letter to San Zaw Htway’, a collaborative documentary production about a Myanmar dissident, and ‘Bong Thom’ a coproduction with Norway, filmed in Cambodia, directed by Zaradasht Ahmed. Corinne also works as a freelance storytelling consultant, and as a documentary film tutor.

All Sessions by Corinne van Egeraat