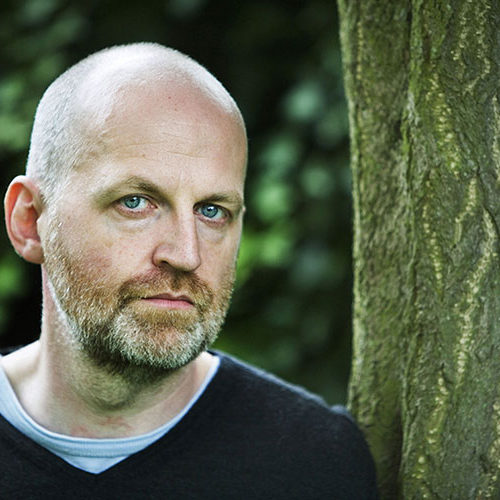 Don Paterson was born in 1963 in Dundee, Scotland. He is Professor of Poetry at the University of St Andrews, and since 1996 has been poetry editor at Picador MacMillan. He is the author of seven books of poetry, and also works as a guitarist and composer. He has published countless poetry collections like Nil Nil, God’s Gift to Women, Landing Light, and Rain. Paterson has twice won both the Whitbread/Costa Poetry Prize (2003, 2015) and the T S Eliot Prize (1997, 2003), along with a number of other awards including the Geoffrey Faber Memorial Prize, all three Forward Prizes (1994, 2009, 2010) and a Cholmondeley award. He is a Fellow of the Royal Society of Literature, a Fellow of the English Association and a Fellow of The Royal Society of Edinburgh; he received the OBE in 2008 and the Queen’s Gold Medal for Poetry in 2010. He has also written drama for the stage and for radio, and for some time worked as a video games reviewer for the Times. He is interested in linguistic and cognitive approaches to ars poetica, and an extensive work on poetic theory, The Poem: Lyric, Sign, Metre, is forthcoming.

All Sessions by Don Paterson