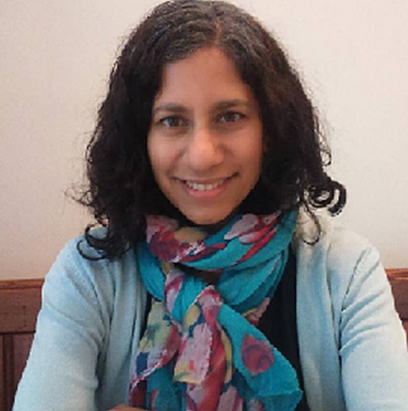 Nalini Paul’s poetry is inspired by natural landscapes, walks and memory. Born in India, she grew up in Vancouver, Canada, and has been living in Scotland for most of her adult life. She is widely published and has collaborated across various art forms. She was George Mackay Brown Writing Fellow in Orkney (2009-10) and has worked with dancers, musicians, visual artists, archaeologists and the RSPB. Her first poetry collection, Skirlags, was shortlisted for the Callum Macdonald Award in 2010. Her collection, The Raven’s Song (2015) is inspired by raven and crow myths from Orkney, Shetland and Canada. Nalini’s poetic work for stage with Stellar Quines Theatre Company, Beyond the Mud Walls, is set partly in 1940s India and was showcased for ‘Rehearsal Rooms’ at the Traverse, Edinburgh, in September 2016. She was a Robert Louis Stevenson Fellow in 2017, spending a month at Grez-sur-Loing, France writing poetry partly inspired by The Bhagavad Gita. Nalini undertook a residency in Lewis and Kolkata as part of the ‘New Passages’ project (2017-18), exploring connections between India and Scotland. Since December 2019 she has been working with Enough! Scotland on an artistic response to climate change, exploring language, memory and belonging. She currently works as a lecturer at The Glasgow School of Art.

All Sessions by Nalini Paul