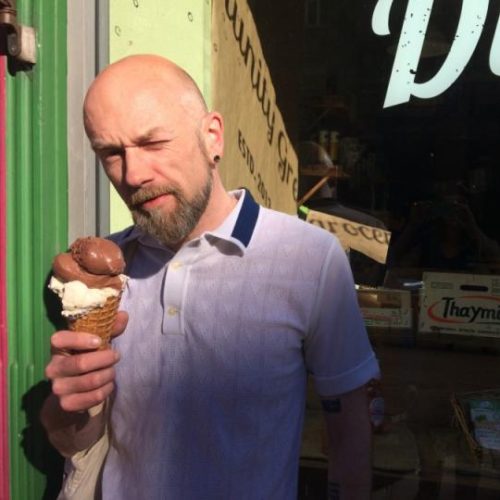 Nick-e (Nicky) Melville makes found, visual, process and sometimes even ‘proper’ poetry. Since 2010 he has had ten publications released, including a poster poem and a badge; his most recent book is ABBODIES (sad press 2017) and he was anthologised in the international collection of visual poetry The New Concrete (Hayward Gallery Publishing, 2015). His work has also featured in several exhibitions, with a solo exhibition, ‘DOLE,’ at Interview Room 11 in 2013. He has taught creative writing in many settings for over ten years and from 2010-2011 he was Writer (not) in Residence at HMP Edinburgh. From time to time he organises and co-hosts poetry events in Edinburgh, the current series is Second Space, poetry with videos.

All Sessions by Nicky Melville